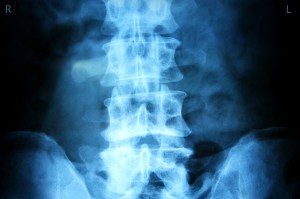 The University of Maryland School of Medicine (UM SOM) has been conducting research on spinal cord injuries, and has discovered that they can cause “progressive loss of brain cells in key brain regions,” according to ScienceDaily.com. The studies are among the first of their kind, highlighting how inflammation of the brain can be one of the most serious side effects of a spinal cord injury.

The study was led by Alan Faden, MD, a neurobiologist and professor at UM SOM. He went on to say:

The brain degeneration [after a spinal cord injury] was demonstrated in different experimental models and animals. We also have identified certain molecular mechanisms responsible for these pathological changes and shown that certain drugs can prevent these injuries, including inflammation, brain cell loss, cognitive decline and depressive-like behaviors after injury.

More research is planned to see if there is a way to reverse the damage to the brain after an injury to the spinal cord.

Most people are familiar with the effects that a traumatic brain injury can have; cognitive difficulties are a common result. Signs of cognitive impairment include:

Sometimes our ability to process new information or to access old information is the result of aging, but sometimes it is the result of an injury. People with cognitive impairment face an increased risk of developing Alzheimer’s or dementia later. Finding a link between spinal cord injuries and brain damage may allow doctors to diagnose and address the symptoms sooner, which allows patients to being a treatment program before the decline is too advanced.

If you have suffered a spinal cord injury, or if feel your loved one’s cognitive decline could be the result of an injury or undiagnosed condition, contact us today. We may be able to help.