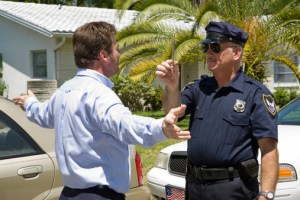 Yes, you can, as per the Tennessee Supreme court. (State of Tennessee v. Anthony John Silva) A driver who is stopped for suspicion of driving under the influence of alcohol and directed by the law enforcement officer to perform field sobriety tests can pass the tests and still be arrested for DUI and taken to jail.

In 2015, the Tennessee Supreme Court ruled that a driver can be arrested despite having passed field sobriety testing. The sole purpose of the field sobriety tests (FST) is to provide the officer with probable cause to arrest you. The officer’s reasonable suspicion begins when they observe the way you are operating your vehicle. Maybe you were weaving in and out of your lane, or maybe your car ran into the gravel a bit before you quickly steered it back on to the main roadway. After pulling you over and asking for your documents, the officer will observe your behavior, your speech, how your eyes look and how your breath smells. If your eyes are bloodshot and watery and your breath smells of alcohol, these observations have supplied the officer with the reasonable suspicion that you consumed alcohol before you got behind the wheel and he can direct you to take a field sobriety test.

As Judge John Everett Williams said in State of Tennessee v. Bell, the previous ruling that the Silva ruling overturned, “As our supreme court recognized, a motorist ‘need not exhibit every known sign of intoxication in order to support a determination of probable cause.'”

What are the three types of field sobriety tests?

In the 1970’s, the National Highway Transportation Safety Administration (NHTSA) developed FSTs that law enforcement officers use today to establish probable cause for drunk driving. The standardized field sobriety tests include:

Interestingly, the NHTSA admits that FSTs are at best between 65% and 77% accurate. Field sobriety tests can be challenged in court because there are many scientific studies which support the fact that the poor accuracy rates of FSTs does not support their reliability in charging a person with DUI.

Your best bet is of course to not drive after you have been drinking alcohol. Get a friend to be a designated driver, call a cab or an Uber, or catch the bus. If you have been charged with DUI after taking the field sobriety tests, give us a call and we will protect your rights as your case moves through the criminal justice system.

Dealing with a DUI charge can be frightening. Working with a capable Maryville DUI attorney can put your mind at ease. Please contact Shepherd & Long, PC by filling out this contact form or by calling 865-982-8060. Let’s discuss your future, today.