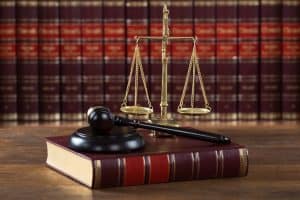 Almost every year, new legal dramas and comedies on television highlight the types of cases that people have in real life. The shows often focus on criminal cases, but there have been popular shows that highlight other areas of the law. The shows profile the legal system from various viewpoints – criminal and civil defense lawyers, prosecutors, judges, plaintiff’s lawyers, victims, defendants, witnesses – and just about anyone and everyone.

JAG which ran between 1995 and 2005 highlighted military trials and terroristic threats. Judging Amy starred Judge Amy Gray who struggled to be a single parent while handling family cases. Night Court was a humorous look at New York’s less offensive crimes, in which the court was presided over by the antics of Judge Harry Stone. Today, Bull is a legal show that focuses on a consulting firm that specializes in helping lawyers select jurors.

As with most fiction, viewers should understand that the shows are indeed fiction. Real-life courtroom cases are often handled much differently and less dramatically.

Now, we’ve talked before about how police procedurals often misrepresent the criminal justice process. But what about legal shows? Do they get it right?

Sometimes, yes – they do. The American Bar Association compiled a list of its top television legal dramas. The list includes some shows that go back to the era and black and white television.

It’s good to know that there are shows out there which strive to get it right, but we should all remember that what we see on TV isn’t always the whole story. Cases take far longer than 60 minutes to develop, and trials can go for days, even weeks. The reality is often far more complicated than what you see presented on TV or in film.

At Shepherd & Long, PC our lawyers understand that TV is no substitute for the experience, resources, and tenacity necessary to represent the accused. To reserve a consultation at our office in Maryville, please call 865-982-8060 or complete our contact form. Our firm handles a wide array of legal matters, and is proud to represent clients throughout East Tennessee.