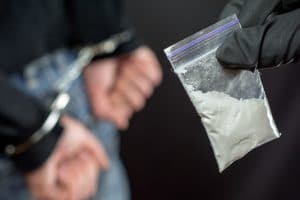 As the parent of a teenager who sometimes gets into minor trouble from typical teenage antics, you might think back on your own childhood stunts. Your stunts never resulted in life-altering consequences. Your parents probably yelled a little, maybe grounded you and called it a day. Today, even minor incidents can turn into hair-raising events that leave your head spinning as a parent. How could something so minor as smoking a little pot cause such a stir in your child’s life?

The fact is that laws have broadened since you were a kid, especially when it comes to juvenile criminal defense. The propensity for teenagers to get into more serious trouble with drugs and alcohol has increased over time, as have the penalties. While most crimes won’t mean permanent, earth shattering life changes for your son or daughter, they’ll still have some hurdles to overcome that will make life a little more challenging for a while.

What drugs are teens using most often?

It seems there are new drugs being created constantly that find their way into the hands of our impressionable kids. Whether it’s because they’re looking for an escape or they succumb to peer pressure when trying to fit in, nearly half of all teens in Tennessee schools have used drugs and alcohol.

On the average, kids begin experimenting with illegal substances as young as 13 and 14 years of age, and it takes getting caught just once to place an unneeded strain on your child’s future.

Drugs teenagers and young adults have been most drawn to according to a survey by Monitoring the Future include:

Consequences for drug charges are serious

While your child won’t likely be doing the kind of hard time an adult offender would, Tennessee’s penalties for juvenile drug offenses are intended to send a clear message that these crimes are serious. Sentences can interfere with your child’s normal life, as well as your own to some extent, in ways you didn’t imagine.

Penalties for juvenile drug offenses can range from minor inconvenience to harsh, and may include:

As the parent of a child who has been arrested for a drug crime, you may also face consequences such as:

Minimizing the consequences your child may face

What can you do as a parent to help your child? That’s the most important question you’ll ask yourself once the initial shock and disappointment subside. The biggest gift you can give your child under the circumstances is to hire a good criminal defense lawyer. Juveniles who haven’t been in previous trouble may make good candidates for a savvy defense attorney to negotiate a punishment that will give your child a chance to have his or her record expunged. This is the best option a teenager will have at moving past this hiccup and having a normal future full of promise.

There are two types of programs your child may be able to participate in, in order to attempt to obtain an expungement (erasure) of the drug charge from his/her record. The Pretrial Diversion program, or the Teen Court program, which may be made a requirement of the diversion program.

While teen court requires your child’s waiver to licensed legal representation during the process, a criminal defense attorney is certainly a resource you want to avail yourself of to negotiate teen court participation as part of your child’s case disposition.

You never think it’ll be your teenager who gets into trouble so it’s a shock when you get the phone call that he or she has been arrested for using drugs. A drug charge can hinder opportunities in your teen’s future. Our legal team understands what’s at stake for your child so we work hard to get charges dismissed or negotiate plea deals that will minimize any long-term effects.

If your son or daughter has been charged with a drug crime in East Tennessee, call the Maryville criminal defense attorneys at Shepherd & Long, P.C. to start protecting your child today. Schedule your free consultation by calling 865-982-8060, or we invite you to complete our contact form.