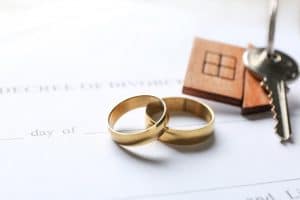 There are many different issues that determine which spouse keeps the marital home or whether the home should be sold. Often, the key factor is whether the spouses have children. Divorce is very emotionally difficult on children. For that reason, family court judges and most parents focus on keeping the rest of their children’s lives as stable as possible. This means that, in most divorces involving children, the court makes every effort to keep children in the same home (and schools) they lived in before the divorce.

What property is considered marital property?

Marital property in Tennessee is generally all the property that spouses acquire during the marriage and, in some cases, the increase in value of any property they owned before the marriage. Most spouses do not buy a home until after they marry. However, in some cases (such as when spouses were married before or a spouse marries later in life) a spouse may own a home before the marriage. In this case, the value of the home prior to the marriage is considered separate property but any increase in the value of the home is considered marital property.

It does not matter how the home is titled. If two spouses buy a home after they marry and the title to the home is in the name of one spouse, the other spouse can still claim the home is marital property.

How do courts determine the value of the marital home?

Unless the spouses can mutually agree, the value of the home is determined by professional home appraisers. The value is normally what a willing buyer would pay to a willing seller. Homes are usually appraised by comparing their value to similar homes in the neighborhood that have recently sold. The amount of the home debts is usually determined by the mortgage amount due when the couples file for divorce.

What factors do Maryville family court judges consider when deciding the division of marital property?

What are common strategies used in marital home divorce arrangements?

Whether a spouse can keep the marital home (either through an agreement or a court order) often depends on the other marital assets and the ability of the spouses to earn a living.

If the spouse who wants or deserves the marital home the most has other assets they can trade off, that’s, often, the most practical solution. If you have an interest in your spouse’s business or retirement benefits, you might consider trading off your right to the benefits so that you can have a 100% interest in the marital home.

If you don’t have assets to trade off, then you might need to consider a buy-out where you agree to pay your ex-spouse periodic payments so you can keep the home.

Sometimes, the key factor in being able to keep the marital home is the amount of alimony you can claim from the other spouse.

How does a prenuptial agreement affect who can stay in the marital home?

At Shepherd & Long, PC, our Maryville divorce lawyers help spouses prioritize the assets they want to keep. Many disputes about who should keep the marital home and what assets may need to be transferred can be resolved in an amicable way. When necessary, we are ready to argue your position persuasively and with the strongest evidence possible before a family law judge. To discuss how to keep your marital home and all your divorce rights, call us at  865-982-8060 or complete our contact form to schedule an appointment.