The freedom to drive anywhere you please in East Tennessee is invaluable. Losing that freedom because your driver’s license was suspended due to a DUI conviction changes how you live your life. If you are looking to have your license reinstated following a conviction, you more than likely have a good reason as to why, such as school, work, going to the doctor, driving your kids around, and much more.

At Shepherd & Long P.C., we understand how important it is to have an active driver’s license, allowing you to move about East Tennessee freely. Our team has the experience needed to help you restore your driver’s license. Our Maryville DUI defense attorneys have a strong commitment to assisting clients who face DUI convictions, license revocations, and other driver’s license issues. The judicial system is difficult to navigate. We will guide you from Point A to Point B so that you have the best chance of restoring your driver’s license and getting back to a normal life.

"Kevin is an amazing lawyer that fought for my custody and got me a quick and easy divorce! Very compassionate and determined."

"Kevin Shepherd helped my family with a heartwrenching custody case. He was compassionate and professional. We could not have asked for a better attorney."

"Kevin responded to my urgent email even while he was on Christmas leave. He got me full legal and physical custody of my kids! He’s very professional and a killer lawyer! I recommend him to everyone I know! Huge props to Erica his legal assistant too! They are all fantastic!"

"I Kevin and his team are very driven, compassionate, and are willing to do what it takes to win even when things in your case aren't cut-and-dry. Both Kevin and Maxey are very knowledgeable of family law and highly responsive. It's really hard to find a lawyer who actually has a heart for your situation and will work with you on costs, but they do. Kevin and his team are absolutely phenomenal and I cannot recommend them enough. I plan to re-hire if I should ever need legal services in the future."

"We have hired Maxey to represent use for a very difficult family matter that has caused use quite a lot of emotional stress. The firm is so helpful; very professional, and also answer questions in ways we understand them. We have also met with Kevin and he is as kind as Maxey is and they really seem to know there stuff . They genuinely care about use and that’s means a lot." 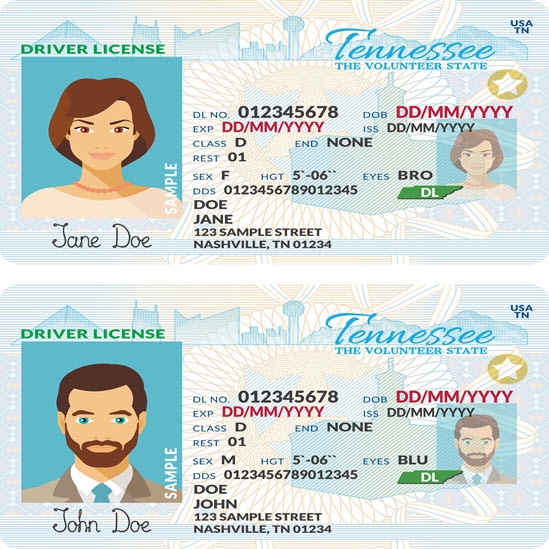 What happens to your license after you are charged with DUI?

After a DUI arrest, the Tennessee Department of Safety (DOS) may suspend your driver’s license. This suspension will occur within 10 days of your arrest, even if you have not yet been convicted of DUI. You only have 10 business days to request an administrative hearing; if you miss the window, your license remains suspended until your charges are dropped or you are acquitted.

If you are found guilty of DUI, then your license remains suspended.

Losing your license for refusing the breath test

Under the law, you can refuse to take a breath or chemical test if you are taken down to the station under suspicion of DUI. However, because Tennessee has implied consent laws, your driver’s license will automatically be suspended if you refuse to take the test. You can also contest this suspension; however, understand that even if your DUI charges are dropped, your license can remain suspended because of your refusal to take the test.

Can I obtain a restricted license following a DUI conviction?

The only time in Tennessee where you can obtain a restricted license is after an initial DUI conviction and this can only happen if the incident did not lead to serious bodily injuries or death. A first-time DUI conviction comes with a driver’s license suspension of one year. It is at the discretion of the judge to determine whether or not you will be granted a restricted license, which can be used prior to the expiration of your license suspension.

A restricted license permits you to drive between a set list of places, such as:

Should you be granted a restricted license and you are pulled over by the police, it is your responsibility to show the officer that you are driving based on the restrictions put in place by the court system.

In order to obtain a restricted license you must do the following:

Before you can apply for a restricted license there must be an ignition interlock device installed in your vehicle and it must be used each time you drive.

When is a restricted license not issued in Tennessee?

You will be ineligible for a restricted license in Tennessee if you have been convicted of specific offenses, including the following:

Our Maryville DUI attorneys will be able to help you understand previous convictions and how they impact a restricted license.

What is the process of restoring my license following a DUI?

There are multiple ways for you to restore your driver’s license following a DUI conviction in Tennessee. The Department of Safety and Homeland Security allows you to restore your license online, at a Driver’s License Reinstatement Center, or via mail. After you have exhausted the revocation period and paid all of the related fines, you should contact a Maryville DUI attorney.

Traffic violations can easily pile up to the point where you lose your license. DUI convictions also lead to the revocation of a driver’s license. Without a license, it’s almost impossible to live your life normally. The skilled team at Shepherd & Long P.C. has decades of experience representing clients who have had their licenses revoked for one reason or another. Call our office at call 865-982-8060 or fill out our contact form to schedule a low cost consultation.